Why Are Fleas Attracted To Me And Not Others? 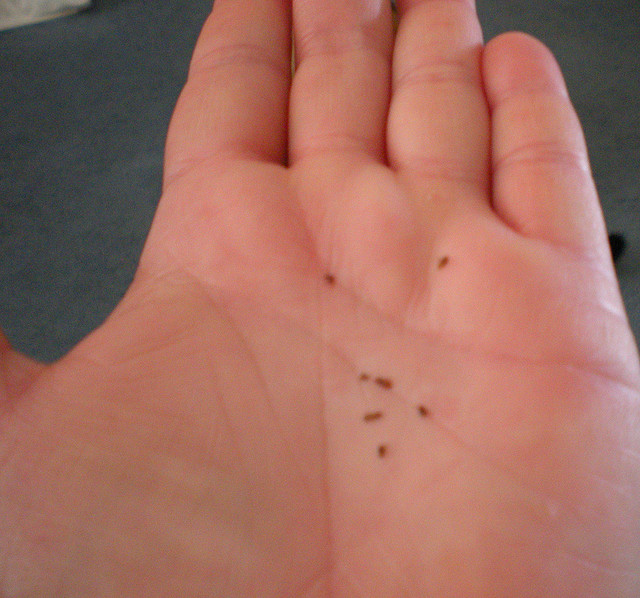 all about fleas, Bite, flea, flea attract to me, flea behavior questions

It’s downright frustrating when you’re the only person being bitten by fleas, even if there are several other people in the same house. Perhaps you’re sitting in the living room watching a movie with the family, and at the end of the movie you notice half a dozen flea bites covering your exposed skin, yet no one else experienced a single flea bite. Much like mosquitoes, fleas seem to prefer some people more than others.

So, what causes this phenomenon? And what steps can you take to protect yourself from being the preferred target of these blood-sucking parasites? There’s really no clear answer to this question, as researchers are still trying to better understand the flea’s behavior. With that said, there are some plausible theories regarding why some people are more to prone to flea bites than others.

One theory, suggested by the Newfoundland and Labrador website, is that fleas are attracted to certain chemical makeups. The skin secretions and gas emissions vary from person to person, which could potentially make some people more preferable for fleas.

“One reason for this selective attraction could be that not everyone has the same chemical makeup. Skin secretions and gas emissions such as carbon dioxide vary among individuals. Also, some people are allergic to the saliva secreted by fleas. A person with a moderate or severe allergic reaction would notice more bites than a person who is not allergic,” wrote the Newfoundland and Labrador website.

Fleas could also be sending signals to other fleas, alerting them of the presence of a warm-blooded meal. Once a flea finds a host (YOU), it may relay the message to others, at which point the host is swarmed with fleas while those around him or her remain untouched.

Another theory is that fleas don’t in fact have a preference, but rather some people experience more bites because they have more exposed skin and/or are closer to fleas. Just because you think fleas are choosing you over others doesn’t necessarily mean you are being singled out. Try wearing additional clothes to cover up your skin. This alone will go a long ways in preventing flea bites.

Are fleas attracted to you more than others? Let us know what you think of this phenomenon in the comments section below!