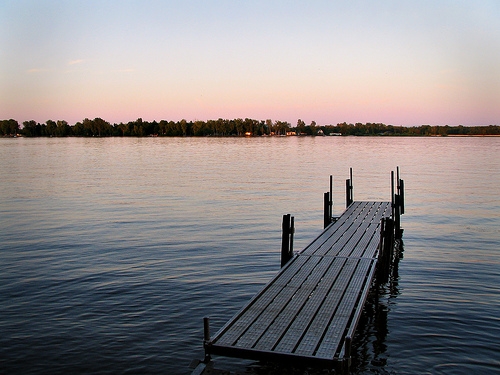 An invasive flea species was recently spotted on Lake Champlain, creating a newfound sense of urgency as officials race to control its numbers before it spirals out of control and takes over the popular New York and Vermont tourist destination.

Known as the spiny water flea, this problematic flea species was first identified in Lake George and the Champlain Canal several years ago. At the time, it was restricted to these areas, as officials found no signs of the flea living on Lake Champlain. Being that both Lake George and Champlain Canal feed into Lake Champlain, however, officials knew it was only a matter of time before the spiny water flea made its way here.

It appears that time has come, with officials citing the presence of the spiny water flea at two separate stations on Lake Champlain. The good news is that the spiny water flea isn’t known to bite or otherwise attack humans. The bad news is that officials believe it will have a devastating impact on the lake’s delicate ecosystem. The spiny water flea may feed on both plankton and larger fish, which could have direct impact on fishing businesses operating out of Lake Champlain. If its numbers continue to grow, it may overtake the lake while subsequently feeding on its invaluable plankton and other marine life.

The spiny water flea (Bythotrephes longimanus) is roughly half an inch long with spines and barbs that protrude out to protect itself from predators. The spiny water flea is native to the waters of Europe and Asia but has since made its way into the Great Lakes. It’s unclear how the invasive species made the journey, but nonetheless it’s here and continues to pose a direct threat to local ecosystems.

“Great Lakes anglers have needed to make some adjustments to fishing techniques due to the spiny water flea, but mostly it has been a minor inconvenience,” said Shawn Good, head of the department’s aquatic invasive species team. “Anglers who fish using downriggers have been the primary ones affected, but they’ve found ways to minimize the impacts by spooling their reels with heavier weight main line and attaching smaller diameter leaders,” said Good. “The heavier main lines tend to prevent the spiny water flea from snagging and globbing up the line, while the finer leader still allows lures to be fished effectively for line-shy species like trout and salmon.”