How Long Does It Take To Drown a Flea? 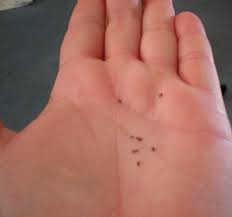 drowning fleas, flea treatment, how to drown a flea, how to kill fleas.Toilet.English-language films

Ever attempt to drown a flea in a cup or bowl of water, only for it to jump out back out unharmed? Fleas posses an incredibly tough outer shell known as a chitin. This makes it incredibly difficult, although not impossible, to kill them by squishing. Therefore, many people choose to kill stray fleas by drowning them. Even with a chitin for protection, fleas are unable to escape the water, at which point they will drown. It’s important to note, however, that drowning a flea requires them to be submersed for a prolonged length of time.

According to data presented in the Journal of the New York Entomological Society (76: 253-265), it takes up to 24 hours of full submersion to effectively kill a flea through drowning. Most people place fleas inside cups of water for just 15-20 minutes, assuming this is enough to kill them. The Journal of New York Entomological Society suggests otherwise, though. If a flea is left inside a cup or bowl of water for an hour or less, chances are it will survive — assuming it’s able to make its way out of the water.

The New York Entomological Society also suggests that fleas submerged in water for 12 hours or less may appear dead but reanimate once they are removed from the water. It usually takes about 60 minutes for fleas to revive themselves after being submerged for 12 hours. This is why it’s a good idea to flush fleas down the toilet instead of dumping them in the trash, because even if they appear to be dead, they could reanimate back to life.

The time frames mentioned above involve the drowning of fleas using only water and no other ingredients. A faster and more effective solution to kill fleas by drowning is to submerge them in a cup of water mixed with mild dish soap. This mixture will create a sticky consistency that traps fleas, preventing them from jumping or otherwise escaping. So the next time you decide to give Fido a bath, place a cup of soapy water next to the tub. As you are bathing your dog, pick off any fleas you come across and place them inside the cup.