5 Reasons Why Fleas Are The Ultimate Parasite

Fleas have existed on earth for millions of years. Since that time, they’ve evolved and adapted to become one of the world’s most troubling parasites. They’ve managed to find their way to nearly every content and region, with the only exceptions being the arctic and antarctic.

Uunless you’ve experienced an infestation first hand, you might brush these tiny creatures off as a mere nuisance. This week, we’re going to discuss 5 reasons why fleas are the ultimate parasite. 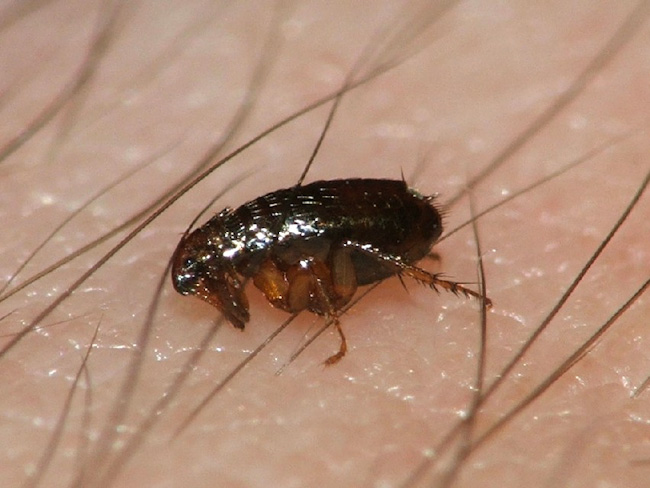 Flea hiding on a human’s skin.

Reason #1) Fleas Can Jump Nearly a Foot Into The Air!

Considering the fact that an average flea is just  a couple millimeters long, it’s pretty astounding to think that they are capable of jumping nearly a foot into the air. You’ll see a tiny flea crawling on the couch, coffee table or even your body and assume it isn’t going anywhere. But their long legs allow them to catapult into the air to safety (or to find a new host).

Ever wonder how fleas are able to survive freezing cold temperatures? When the temperature drops, it will usually kill the adult fleas but not the eggs. Instead, the eggs remain in a dormant state until the temperatures rise back up to a suitable level. Once they’ve detected a normal atmosphere, they’ll emerge from their eggs and begin the hunt for fresh blood.

Another reason why fleas are the ultimate parasite is because they can’t be squished. It’s downright frustrating when you attempt to neutralize a flea by squishing it between your fingers only for it to jump to safety when you release your grip. Fleas possess an incredibly strong and tough chitin shell that’s able to absorb large amounts of pressure.

Flea populations can quickly spiral out of control unless preventive measures are taken. This is due in part to the female’s ability to lay over 2,000 eggs in her lifetime. With thousands of eggs being scattered across the carpet, couches, dog beds and anywhere else she can find, new fleas will begin popping up in no time at all.

A fifth and final reason why fleas are the ultimate parasite is because they’ve evolved to stick to their hosts. If you view a flea under a microscope, you would notice tiny hairs protruding from its body. These hairs stick to the host so it can remain on the skin rather than fall off.