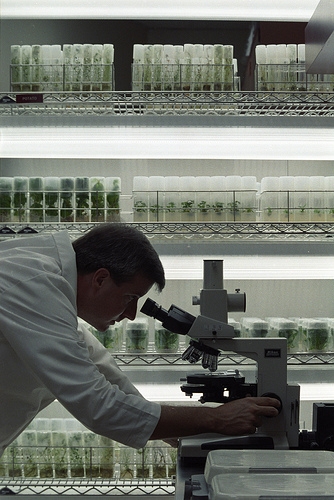 The Black Plague is known as one of the world’s most devastating pandemics, taking the lives of an estimated 75-200 million people (the exact number remains unknown) and contributing to the fall of the Roman Empire. Recently, however, researchers at Washington State University identified the strain responsible for this pandemic and discovered how fleas (yes, the same ones buggin’ your dog) were able to spread it on such a wide scale.

The bacterium strain responsible for the Black Plague — and the lesser-known Justinian Plague — is Yersinia pestis (formerly known as Pasteurella pestis). Researchers were able to identify the strain by examining the DNA found in ancient teeth. The teeth were broken open so researchers could harvest the DNA form its inner material. The team concluded that Y. pestis was responsible for both the Black Plague and Justinian Plague.

“Based on odd and sometimes vague descriptions chronicled by a few people who lived during that period, scientists and historians have long suspected that a plague pathogen was responsible, but it wasn’t known for certain.”

How The Black Plague Spread

Most people assume rats were responsible for transmitting the Black Plague. While rats played a role in this pandemic, it was actually the fleas buried in their fur that was ultimately to blame.

Researchers at Washington State University performed a study to examine the flea’s ability to spread viruses like the Black Plague. According to their official website, a single “pin-sized” droplet of blood can contain as many as 10,000 individual strains of bacteria. Considering the fact that it only takes 5-10 to transmit the disease, it’s clear to see just how easily the Black Plague — or any other infectious disease — can spread through these blood-sucking parasites.

The Black Plague Is Still Around Today

I hate to be the bearer of bad news, but the Black Plague (y. pestis) is still around today. The good news is that modern medicine and better sanitation conditions have drastically reduced the number of annual cases. And if a patient is treated with antibiotics within 24 hours of the first symptoms, they will typically recover without any lasting symptoms or unwanted side effects.

You can learn more about the recent developments surrounding the Black Plague in the latest version of the Lancet Infectious Diseases Journal.

Are you concerned about the potential viral and bacterial diseases transmitted by fleas? Let us know what you think in the comments section below!