What Is Pulicosis? Understanding This Discomforting Condition 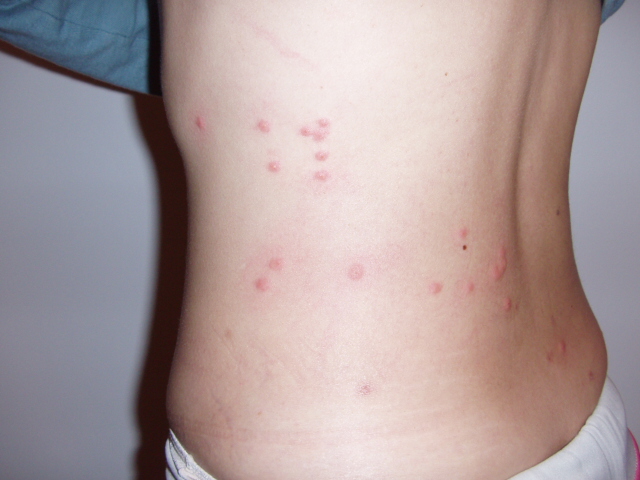 Pulicosis is the medical term used to describe a broad range of adverse reactions triggered by one or more flea bites. Not everyone who’s bitten by a flea will experience pulicosis, but those that do will experience some rather unpleasant symptoms. Symptoms can range from mild swelling to the formation of mouth and throat ulcers. See below for a complete list of symptoms associated with pulicosis.

Symptoms of pulicosis may include the following:

Pulicosis isn’t technically a disease, but rather a skin condition characterized by a severe allergic reaction to flea saliva. When a flea bites into a host, it simultaneously injects a small amount saliva while drawing blood. This saliva may trigger an allergic reaction in some individuals, leading to a wide range of adverse symptoms.

Just a single otherwise small flea bite can trigger pulicosis. Skin irritation usually begins just minutes after the bite, with redness and inflammation first appearing. In the upcoming 24-48 hours, other symptoms will manifest. It’s important for people who are prone to pulicosis to closely watch over their flea bites to ensure the condition isn’t spreading. If the redness and swelling is spreading to other parts of the body, seek medical assistance immediately.

Although rare, there have been cases reported of pulicosis spreading through the lymph nodes and into the central nervous system. This can result in permanent nerve damage if not treated.

But humans aren’t the only ones susceptible to pulicosis. Dogs, cats, ferrets and other small pets may also develop this skin condition when bitten by a flea. Being that pets are smaller than us humans, pulicosis can have some pretty devastating effects on their body.

If you experience any of the symptoms mentioned above after being bitten by a flea, there’s a good chance you have pulicosis. Thankfully, this condition usually goes away on its own, but in rare cases it may last for weeks or longer. To speed up the healing process, you should avoid scratching your flea bites. Regardless of how badly they itch, scratching them will only make them worse by increasing the risk of infection. If the itching persist, apply a 1% hyrocortisone cream or calamine lotion to the affected area.

Have you experienced pulicosis before? Let us know in the comments section below!