How To Make a Flea Trap 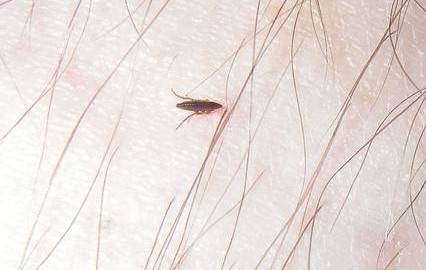 Fleas are more than just a minor nuisance; they can turn you and your family’s lives upside down. Waking up in the morning with half a dozen or more flea bites covering your skin can lead to both mental and physical pain. To make matters worse, fleas can transmit a wide variety of infectious diseases, including the deadly Bubonic Plague. You can protect your family from these blood-sucking parasites, however, by creating some simple flea traps.

Before we reveal the step-by-step process to creating your own flea traps, let’s first talk about the behavior of these parasites. Most species of fleas are nocturnal, meaning they typically come out at night to find a host and remain hidden during the day. If you notice a couple fleas jumping across your carpet during the day, there are probably dozens more hiding elsewhere. You can use the flea’s nocturnal behavior to your advantage, however, by creating a trap.

There are several different ways to create a flea trap, but one of the easiest is to set up a light over a bowl or sticky trap. Fleas are attracted to light — similar to the way moths and other bugs are attracted to patio/porch lights. When there’s a single light source in an otherwise pitch-black environment, the fleas will naturally find their way to it. Assuming you have a trap set up, the light will attract and capture the fleas. You must add soap to the water, however, as pure water alone is not enough to hold fleas.

There are two simple ways to create a flea trap with light: fill a bowl with soapy water, or use a mouse glue trap. To make a flea trap using the first method, simply fill a shallow bowl or dish water water and dish soap and place it directly underneath a lamp or nightlight in the room with the highest amount of flea activity. The fleas will jump towards the light at night, at which point they’ll become trapped in the soapy water. The second method is pretty much the same as the first, the only difference being that you’ll use a mouse glue trap instead of a bowl of soapy water. Fleas have incredibly powerful legs and can jump nearly a foot into the air; however, they cannot escape the sticky glue on a mouse trap.

Know of any other do-it-yourself flea traps? Let us know in the comments section below!