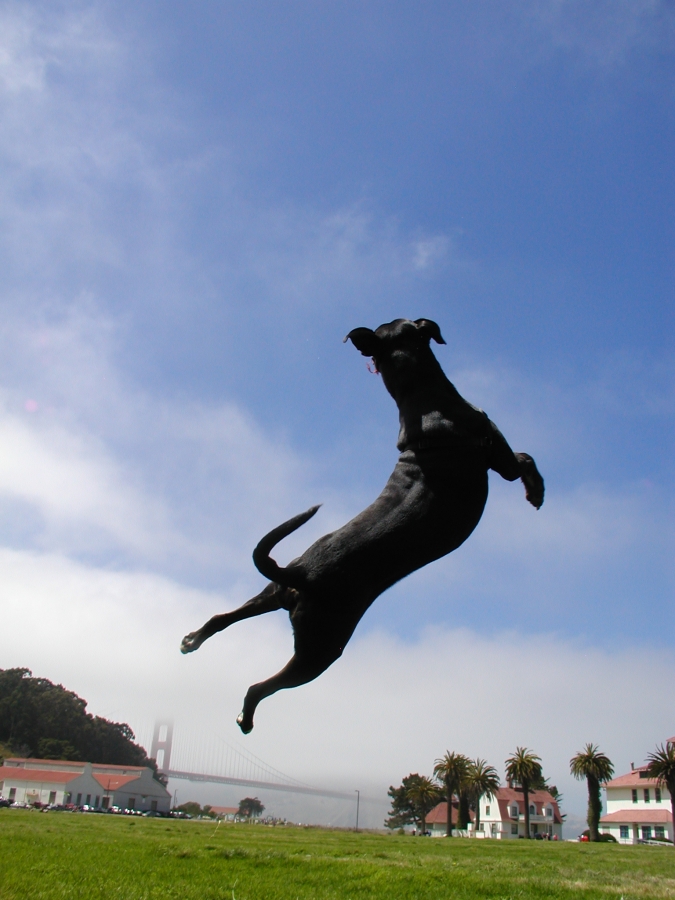 Pico jumping into the air: photo by MylerDude.

Earlier this month, we brought you news of a lawsuit filed against the Environmental Protection Agency (EPA) over the use of known toxic chemicals in certain flea collars. According to the suit filed by the National Resource Defense Council (NRDC), the EPA knowingly allowed two toxic chemicals — propoxur and tetrachlorvinphos (TCVP) — to be used in flea collars.

Well, apparently this move paid off, as Sergeant’s Pet Care Products Inc. and Wellmark International have agreed to stop using propoxur in their flea collars and products. Following the lawsuit, the EPA amped up efforts to regulate toxins found in flea collars, one of which is propoxur. Propoxur  is a known neurotoxin and carcinogenic, and several studies have even linked it to learning disabilities in young children.

It’s important to note that this a voluntary move taken on half of Sergeant’s Pet Care Products Inc. and Wellmark International. When confronted by EPA officials, the two companies agreed to stop using propoxur in their flea collars and products, making the pet aisle at the grocery store just a little bit safer.

“We are pleased to be able to work with EPA to resolve this matter amicably and ensure that our customers can continue to benefit from uninterrupted access to Sergeant’s products. Sergeant’s remains committed to compliance with all applicable regulatory requirements,” said Caryn Stichler, vice president of marketing for Sergeant’s.

But here’s the catch: the two companies won’t officially stop using propoxur until April 1st, 2015, and they won’t stop selling them until one year later. You have to remember that pet companies have a lot of capital invested into their products, and simply pulling an entire line of products is a heavy financial burden that can have devastating consequences.

So, what should you do if you currently have a flea collar (or several) containing propoxur? While there’s no official recall on products containing this toxic chemical, it’s still something that I do not recommend using on pets. Most peoples won’t exhibit any ill side effects from its use, but it’s those 1 in 100 instances where it can cause serious health issues. Don’t take the risk with your dog’s health, and choose some of the more natural, pet-friendly treatment solutions for your pet’s flea problem.

Are you glad to hear these flea collars have finally been removed from the market? Let us know in the comments section below!